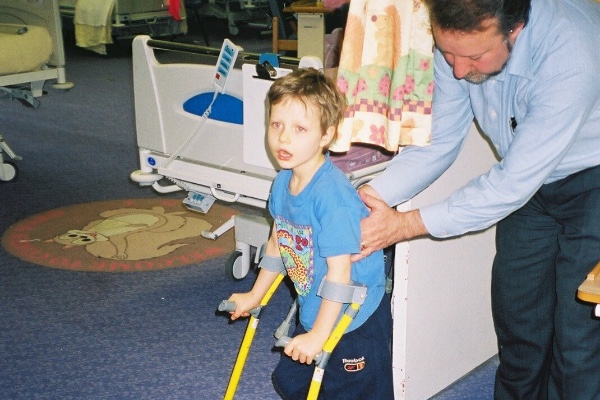 No Comments on COVID-19 and BionicsPosted in PROJECT UPDATES By Hugo JobstPosted on March 15, 2020August 1, 2020

Hello there my friends. We are in an unprecedented time of chaos. The library from which I write is pretty much empty. It’s very eerie and everyone has one thing at the forefront of their minds. Much like the day following Brexit (will never forget mum wailing at 5 am the morning of my final maths exam) or the recent election, when our thoughts are polarised to a shared negative frequency, the air feels different. We are having our individualism halted whilst our collective consciousness is fixed and alert to news updates about the Virus. I hope you are all staying safe and are not too anxious.

If you would like to read something different to the news about the virus, here is an update/story related to the Arclight Expedition.

So a month after putting the project on the internet how far have we come? Firstly, we are a month closer to the departure date which is hovering over the end of september and the beginning of October, yet to be sealed. This is terribly exciting but also slightly unnerving as I have focussed so much on the expedition and training program such that I have not organised a place to be and learn during the first 6 week ‘settling-in’ period. The reason I am setting this time aside (which is not budgeted in the fundraising effort I have launched) is for me to fulfil my initial purpose for traveling to India, which came about long before I got involved with the Arclight. I always had the intention of taking a break in medical school to go to India in order to learn about their ancient medical system. To understand why, we have to look at my bones.

Because of a disease that I suffered in my childhood, the hip of my right side is not real bone. In 2015 it was replaced by a state-of-the-art titanium-ceramic composite, CAD/CAM prosthetic hip joint. It was a transformative procedure that brought about change in every aspect of my life. Notably but not exhaustively, I was no longer functionally disabled from Perthes disease and my daily pain was alleviated. A hip replacement at 17 years-old is not unheard of, but for good reason it is desperately rare. The current method for fixating the prosthesis involves driving a cement-covered shaft into the femur (the long bone of the leg), and letting it set so that it integrates into the surrounding matrix of organic tissue. It sounds very clever, but it does not come close to the genius of real bone, which is a dynamic ecosystem of various cell types, constantly re-modelling bone to maintain its integrity and adaptability in an ever-changing environment. Although my prosthesis has been functionally life-giving, it is inanimate, and therefore unable to adapt and remodel like the host in which it resides. It therefore has a shorter shelf-life, estimated, depending on external factors, to be between 10-20 years. Once worn-out, another (hopefully even more advanced and longer-lasting) manufactured prosthesis will take its place. However eventually, the femur will not be able to facilitate another resident, regardless of their kind intentions. Two, or rarely, three is the limit for any normal femur, and sadly as things stand with biomechanics, there is little room for discussion. Once the tenancy nears termination, the femur, hollowed and tired, will only accept a semi-solid gel which crudley takes the form and function of a hip joint. Hypotheticaly at this stage the hip-space will be bulging and irresponsive, occupied by an incompetent, unshapely laggard. The structures that once were become lost to myth; The perfectly rounded head of the femur that would once sit so congruously and righteously in its acetabular throne, the great trochanter that would be a rock on which the fleet of ligaments would anchor, and the intricate network of circumflexial arteries that formed the blood-line to nourish the system – such splendour and genius designed perfectly for locomotion would be replaced by placcid plasmoid goop. And me, well I would probably be wheel-chair bound, fat and grumpy. Nicht fur mich … bitte.

So I digress, that is a bleak future that could await me but i am not thinking about it much for now. Out of the ashes of a tough time with perthe’s disease came my direction to study medicine and in turn my alignment with Dr. Blaikie and the Arclight, and soon to be this project in India.

Ah yes, but why India before the Arclight? Over the course of my disease I encountered a multitude of treatment types. From the conventional anti-inflammatory steroid injections and surgery, to crystal healing and mindfulness-based imagery. Some were more efficacious than others. One of the therapeutic pathways was the ancient indigenous medicine of India, Ayurveda. It could be known as the science of self-healing – bringing misalignments back into place such that the body is able to naturally restore function in times of sickness. It involved massage, dietary adjustments and particular yoga-like movements. There were times when it alleviated my pain. Perhaps this was through placebo, or perhaps the treatment was working. Regardless, now I am directing my energies to understanding how best to bring about healing in others, the ayurvedic philosophy is one that is worthy of further investigation. Around 70% of the common diseases seen in the UK are directly correlated to maladaptive lifestyle changes that have become the norm over relatively recent history. The answer does not lie in polypharmacy to squeeze blood pressure measurements into ‘normal’ ranges, whilst simultaneously silencing a screaming pancreas – it lies in self-healing through the realignment of ones physiology and psychology, only achieved through addressing the system as a whole. This has been the premise of ayurveda for 2500 years, and although it is not the answer to all ailments, as it ultimately wasn’t for mine, it is an intriguing framework which I would like to better understand.
In the 6 weeks prior to the beginning of the Arclight expedition, I hope to find a place to familiarise myself with the atmosphere of India, buy and prepare the motorcycle, and about get a cupful from an ocean of knowledge regarding this ancient medical system.

Other updates related to the Arclight Project, if anyone is still reading, the Royal Society of Asian Affairs have awarded me a grant of £1000 which is incredibly humbling. Furthermore, the research aspect of the project is developing well and hopefully I will be able to ascertain the use of the Arclight after I leave, looking to quantify the number of referrals subsequently made after the device and training are given.

Also, I can die a happy man now that I have made it into the annals of the Hereford Times. They didn’t even tell me that they had written this cheesy article: https://www.herefordtimes.com/news/18275351.medical-students-epic-journey-help-fight-preventable-blindness/ I just got an excited message off my mum.

A final note just to say thank you to everyone that has donated on the just giving page already. It means a lot and will go a long long way in India. Also if you have any friends or family in India who may be happy to have a vagabond on a motorbike stay for a night or two, please let me know. Familiarity will not be common for me along the way, so spotting the road with friends would be a pleasant thing indeed.

Hear from me again soon, sorry for the long schpeel.