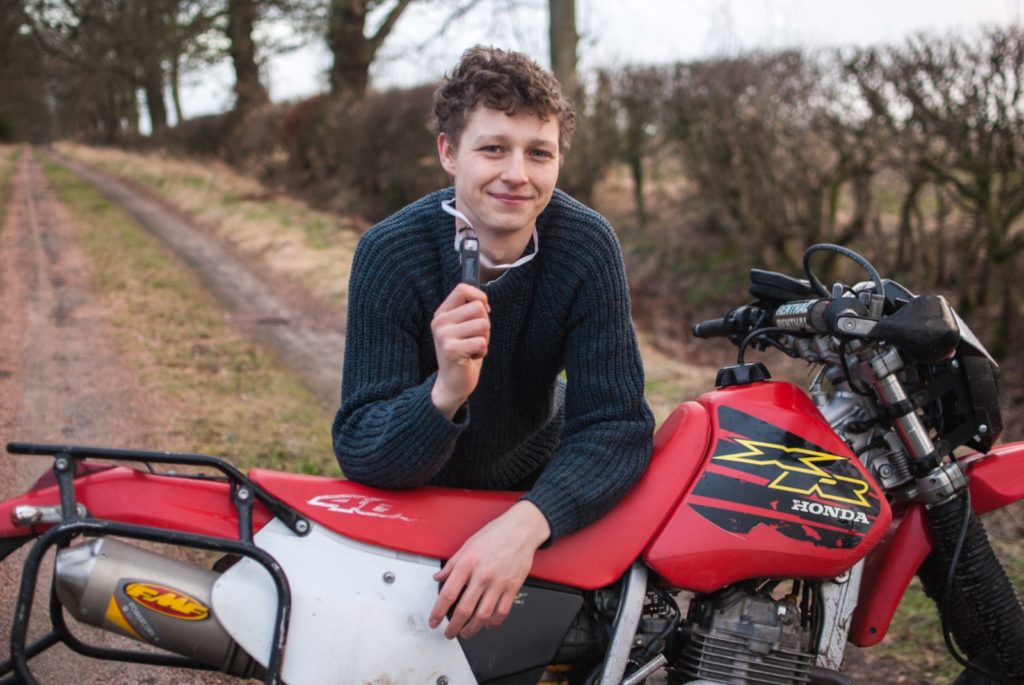 Hugo graduated from St Andrews with a First Class BSc  in medicine and will be continuing with his clinical training at the University of Glasgow. His thesis focussed on the use of Mindfulness Meditation for sufferers of Chronic Pain.

He was founder and president of Nutritank Society St Andrews, a student-led initiative to enhance lifestyle medicine training at university.

He has led the development of the Arclight Mobile App and is currently carrying out research understand how to optimise its benefit in clinical ophthalmology.

Over the course of the COVID-19 pandemic in the UK, Hugo worked alongside nursing staff in a busy ICU in Leicester. Here, he received impeccable training in biohazard mitigation and became a valued member of the nursing team.

After having a hip replacement in 2015 for a chronic bone disease suffered throughout his childhood, he became motivated to pursue a career in medicine.

Hugo was introduced to motorcycles by his cousins, George and Charlie. Despite pain and greatly reduced mobility as a child, he found liberation in the speed and excitement of dirt bikes. Since he was able to throw his leg over a bike, they have been a central part of his life.

Since his hip replacement, Hugo used the new-found mobility to travel the world with his mind open to learn along the way. Among other adventures, he has worked with horses in Patagonia, climbed volcanoes in Guatemala and cycled 1500km through the Balkans

The Arclight India Project has been designed by Hugo to fuse his intrinsic sense of adventure with his compassionate direction to uplift the human condition through medicine.

The development and delivery of the project will documented through the blog on this website.