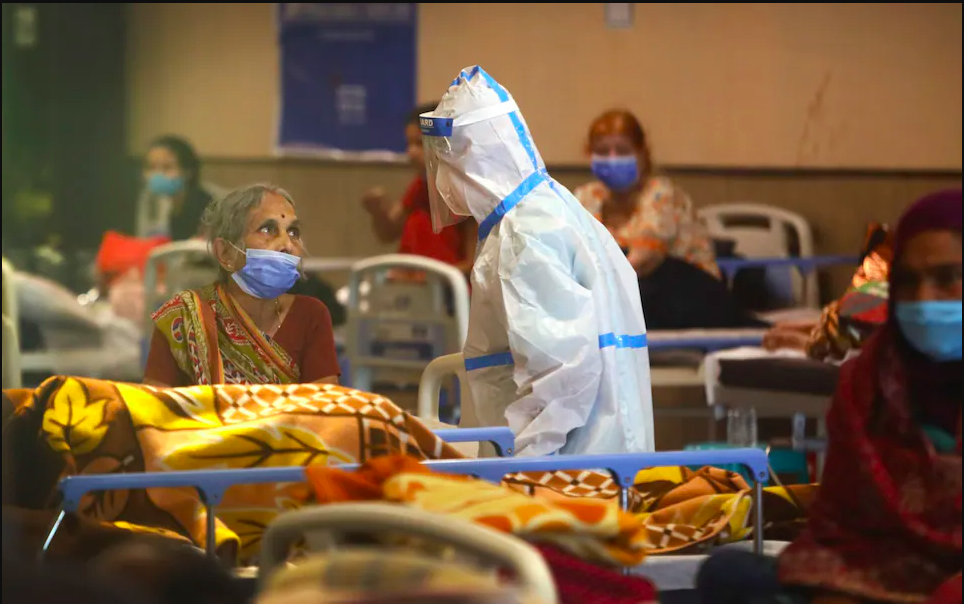 A year ago, I announced the postponed of the Arclight India project and spoke about my deep concerns for the people of India who were enduring a tsunami of new infections. Back then, their health care system had buckled under the unprecedented demand which came to us only as heart-breaking and horrifying images of people dying in corridors whilst waiting the endless wait for medical attention.

Despite all hopes and expectations, a year later and the situation is worse. Yesterday, 314,000 cases were reported throughout the country. My Indian medical friends have told me that due to inadequate laboratory processing and testing, this is likely to be under-reported by a factor of four, meaning that the real figure could be over 1.2 million new cases a day.

To put it into perspective, at the height of the second wave in the UK, the maximum daily case load was around 81,000 which is 15 times less than the estimated real figure in India right now.

India does not have the medical infrastructure and supplies to cope with this many acutely unwell patients. There is a sickening lack of supplemental oxygen and other vital components required to support these people whilst they fight the infection. Now, we are seeing people clinging onto oxygen canisters for fear of them being taken and never returned, and pyres built on pavements because crematoriums have been overwhelmed.

The reason for the surge is not totally clear given that just two weeks ago the world was impressed and surprised by India’s covid-19 success story. From what I can understand, it is due to a mixture of factors. Firstly, hubris stemming from political and economic initiatives have led to what some think to be a premature opening up of the country. In a rush to bring people back to unsafe workplaces the infection rate seemed to sky-rocket. Mass religious gatherings and political rallies held recently will also contribute. And then there is the maddening tragedy of new virus variants, which can spread like wildfire in a country with densely populated cities and no economic support for the poor to isolate.

Madhukar Pai, who is a top professor of epidemiology and global health at McGill University, Canada, stated in a tweet:

“India is a Covid-19 cautionary tale for the whole world If we declare success to soon, open up everything, give up on public health, and not vaccinate rapidly, the new variants can be devastating”

But it seems that the elephant in the room is the simple fact that public health crises will invariably affect the poor with greater intensity than the rich. India is home to 1.3 billion people, many of which live in a state of poverty and cannot afford private health care. When so many are sick at the same time, the weak healthcare system which is propped up by just 1.5% of the countries public spending was always going to fail. And this is not just in speaking of medical infrastructure – the whole character of India’s lasting disparity is fuelling the devastating consequences of this pandemic.  Last year I wrote:

“If India are going to treat the patients sick with Covid-19, they will need ventilators, drugs, PPE, staff and beds. All of which are lacking in a system for the poor who cannot afford private health care. I shudder, in fact, at how bad it could be going forwards and wish there was more I could do.”

The very thing I feared a year ago is unfolding right now.

This is a global crisis which requires global solutions. Now is the time to come together and support people regardless of their socio-economic status. How? I do not really know. I am writing this from my bedroom in Glasgow and am not tapped into the worlds political and economic powers to even begin to suggest the logistics of internationally collaborative solutions. What seems clear is that unaffected people need to be able to isolate and not starve, the sick need to be reasonably supported with basic medicines such as supplemental oxygen and the vaccination program needs to speed up and not discriminate against the poor. I doubt this is possible without urgent international aid.

And where does that leave the Arclight India Project?

The project I had planned to begin in September is currently impossible and inappropriate. India is ablaze and the Arclight is not going to put the inferno out. All I can say at this point is that we must wait, but it is looking less and less likely that the project will be able to go ahead in its original form.

Glasgow Medical School have given an ultimatum, saying that I must go this coming year– between my 4th and 5th year of studies – or not go at all during medical school. They predict that taking a year out between my 5th and 6th year would be too disruptive. An option is to postpone the project until after I qualify and I hope to explore this possibility with the R&A who have been understanding and lenient thus far.

For those who donated to the crowdfunding page last year – all of your money is safe and unspent. In fact, it may have grown about six or seven pence thanks to RBS’ generous interest rates. Please contact me via the form on this website if you would like to discuss your donation but until the final call is made, it makes sense that it stays put until we know for certain what is possible.

So, now, as we have been for the last year, we wait and pray for the passing of this storm and for collaboration on a global scale to improve situation in India. I have my ear to the ground and heart in hope.