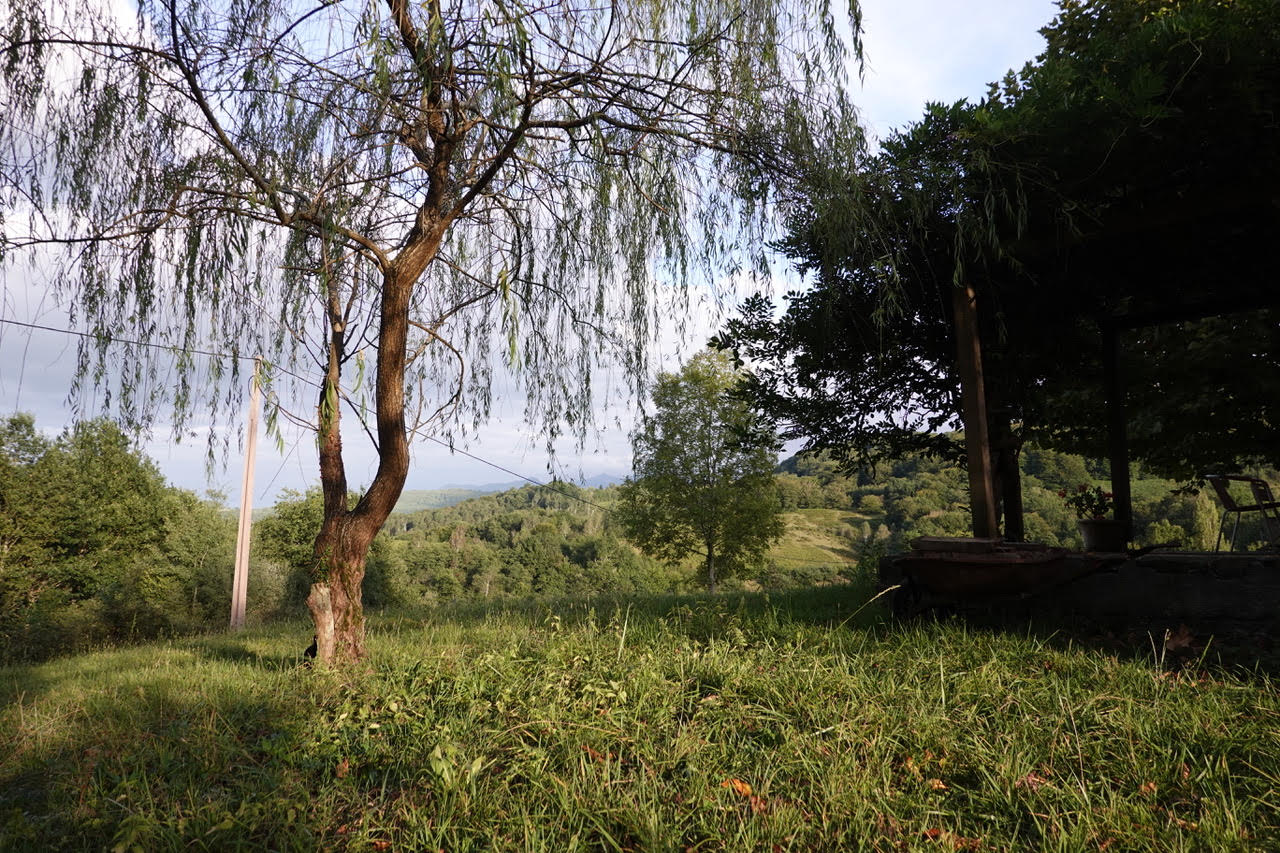 Blue skies, quiet roads, two rolling wheels and only three things to do each day: ride, eat and sleep. This is what became of life when riding the TET in the summer of 2020 during the short lull between waves of the covid-19 pandemic. The experience of Central France had sewn itself into the fabric of the trip as a unique weave of good luck and bad luck, embroidered with lessons learned and hemmed with human kindness. In the 48 hours I was off the trail from the flat tyre fiasco, I had time to evaluate the route and realised that this was not an opportunity I would have again soon, so I had best make the most of it.

I love France. For all of my childhood my family of six would pile into our mouldy old Mercedes and drive to the western edge of the French Pyrenees for summer holidays. Being the youngest and smallest of the bunch, my sister and I would be placed the boot of the car facing away from the others and looking out onto the road left behind. The heat of the sun would be magnified through the glass and we would be deafened by the canons of wind that blew through the open windows whilst we tried to find some kind of comfortable position amongst the tumbling mountain of luggage on which we were nestled. It was far from comfortable. In fact, as I write this, I feel a sensory memory of the ache in my hip from a disease that I suffered throughout my childhood which was exacerbated by those conditions. Still, these were golden times. Each trip was a family adventure to a land where space and time felt infinite. Even the road-trip there was something to be cherished in all its ups and downs; the sweet taste of Orangina and the feel of the curvaceous glass bottle in my hand, dad falling asleep at the wheel and crashing the car after belligerently refusing to let ma drive, singing along to the sweet sounds of Miriam Makeba and Harry Belafonte’s “Theres a hole in my Bucket” and game after game of “I Spy” or “20 Questions”. In those times I saw glimpses, or at least I thought I did, of my parents being truly happy together.

My sister and I would squeal with laughter about funny things like farts, aliens and, of course, aliens farting. On one of these trips when I was about 8 and she was 5 we even discovered that she could quite literally fart on que. It was a remarkable finding for these two enthusiastic boot dwelling stinkers. With a shared sparkling look and a smirk as though we had discovered the greatest secrets of the universe, my command ‘now!’ was all it took for her, in some form, to produce a fart.

The reason I mention these nostalgic anecdotes is because they are relevant to where we are in my solo motorcycle adventure on the TET. I was at a fork in the road. Left would take me to Italy, right would take me on a long pilgrimage in the other direction, back on the roads travelled annually by a family of four scruffy children and two bohemian parents. I weighed up the two options in the blazing heat of a summer’s day in Central France. Going to the Pyrenees would be a 500km+ detour and would sacrifice any chance of arriving in Italy at the agreed time. My head said “No. Stick to the plan. Get to Italy”. But the memories of my childhood swung like the silk of a spider’s web around my mind, connecting and activating more and more neural networks to bring the moments back to life. My heart beat forcefully and began to drown out all other opinion. Rationality evaporated faster than sweat off my skin. “Go to the Pyrenees. Be in the mountains. See your friends” was the message. I fired up Josephine with a strong kick and she roared into life. With mind, body and bike all in agreement we changed our direction to head south-west towards a town called Oloron, which is steeped in my families’ history. I have learnt from previous adventures and from this solo-motorcycle trip that it is a fools game to deny our the heart of its right to speak in the scarce moments it chooses to do so.

That day I spent six hours on a dead straight road lined with tall trees travelling at Josephines comfortable cruising speed of 60mph. I smiled the whole way. I realised that I had ridden over 1000km on a pair of motocross tyres which had been worn down to the bone. I found a tyre shop and treated Josephine to a pair of new shoes. We had 100km left of road riding and it pained me for their first revolutions to be on tarmac. But still, it was an improvement and the extra grip would come in handy for the next section of the TET.

The weather was changing as I approached Oloron, a town that rests just beyond the deep green foothills of the great Pyrenean mountains. Old stone bridges carried me over rushing rivers which overpowered the sound of Josephine’s engine. I recognised the streets but was seeing them through different eyes in a whole new context. A blanket of thick cloud tumbled over the landscape and blocked any sign of the setting sun. It was as though the mountains were looking down and reminding me of the power of the natural world. It was beautiful.

I was now almost at the western-most point of the mountain range. The plan was to venture deep into the massif and traverse the whole way along the border with Spain before rejoining the route towards Italy. My heart had chosen well and more twists in the adventure lay ahead.