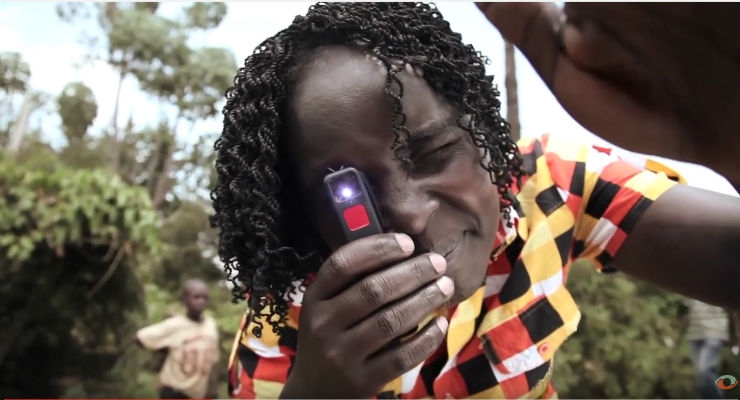 Although the travel plans in India have been postponed, other Arclight projects have been far from idle. Over the past year I have been working with a small team explore the use of the Arclight in telemedicine. Telemedicine is a relatively new word but its place in the medical sphere is rapidly morphing from a new-age concept to a common-place pillar of healthcare, undoubtedly catalysed by coronavirus. It means to provide care remotely via an interface between a hardware device and software platform. It is especially important in the covid-19 era, where face to face contact and physical examinations are being avoided to minimise the spread of coronavirus.

This is exciting work because telemedicine has the potential to create a digital bridge between areas of high resource and low resource. Using a telemedical system, practitioners can communicate and deliver aspects of health care, such as diagnostics, from anywhere in the world. For countries like India, where a lack of eye-doctors is crucial to the astonishingly high prevalence of preventable blindness there, such connectivity to places of better provision could be helpful.

In an ideal world, India would have more eye-doctors and resources to find and treat their blind without the need for telemedicine. Sadly, but not unexpectedly, what actually happens is the few eye-doctors that there are cluster in cities where there is money to be made from richer clientele. This does not correspond to where the need is greatest – 70% of India’s 1.1 billion population live in rural areas and the majority of the preventably blind can be found outside of cities also. This phenomenon is not unique to India. The “inverse-care Law”, which is seen in every corner of the world, states that where the need is greatest the service has the least provisions to cope with the demand. India’s eye-care climate abides duly.

The cruel money grabbing monster of Reality Embodied blocks the path to a utopia of eye-hospitals in every township and adequate funding for education, staffing and treatments. Subsequently, a digital link to an area of high resource, such as the UK, may be the best way to soften the harsh inequality of provisions whilst we figure out longer-term solutions to soften the heart of the monster with his arsenal of blockades to equal healthcare.

The Arclight is designed to be used primarily as a hardware device for in-person examinations on the eye. It was made as a tool to empower health workers in low resource areas to detect and diagnose eye-disease in the rural poor. In this endeavour is has done excellent work. Tens of thousands of Arclights have been made available to low-resource areas, with appropriate training also delivered for its use both in clinics and in community settings. In these areas, most Arclights have been sold for their production price of $7.50 or have been given out for free entirely. At this rate they are at least 50x less expensive than standard use ophthalmoscopes. In the UK, the Arclight is disrupting the market for clunky traditional instruments – matching their functionality but undercutting their cost significantly.

The Arclight also has intriguing potential in the realm of telemedicine. In keeping with its simplistic but practical design, a simple sticky patch and elasticated band can connect it to any smart phone. Using the phones internal video camera, what can be seen through the Arclight can then be recorded. The smartphone interface existed before I became involved with Dr. Blaikie – videos were being recorded and sent around on WhatsApp to get second opinions from Drs around the world. That is telemedicine in its crudest form. What was missing was a software platform for the upload of eye examinations to a secure cloud-system be reviewed by another healthcare professional in a different location at a different time.

Over the following year we designed and built a prototype app with the help of Oliver Iyer. Without him generously sharing his time and talent in code writing the project would not have been possible. This app allowed for videos to be recorded by any smartphone and to be uploaded to a secure cloud database that we called the “diagnostic platform”. Verified users can access platform and view uploaded videos, leaving a comment underneath with their findings of the recorded examination. The health worker who took the video is then notified of the result and further action is recorded in a single file for each patient.

In a clinical context, this app would allow a midwife examining the eyes of a baby to get a second opinion from an expert eye-doctor, even if there are none physically in their hospital or nearby. Less false positive results leading to fewer inappropriate referrals, and fewer false negatives, leading to less children slipping through the net and going blind from their eye-disease could be realised with a system like this.

In another scenario, community healthcare workers could be trained in how to capture videos using the Arclight to be interpreted by experts asynchronously. The interpretation of eye examinations can take years to master, but the technical skills to capture the videos could be taught in a day or so. This means that community health workers could screen for eye-disease in rural areas, utilising the Arclights portability and durability to find patients that would never have previously had access to the care of a qualified eye-doctor.

The app is currently being evaluated by Glasgow Caledonian University and results of their study should be available in the Spring of 2021.

In order for a medical app to be licensed for use patients a veritable mountain of logistical work needs to be climbed. With our small team this could have taken years. Recently, we have been in talks with vCreate – a well-established and fully licensed remote-consulting software platform that was developed to allow mothers to see videos of their premature babies kept in hospital for treatment. vCreate have offered to adapt their platform to create a “vCreate-Eyes” which would be designed specifically for the Arclight. They, like myself, are humbled and inspired by Arclights potential to level the disproportional spread of healthcare between high and low-resource areas. To add to our momentum, they offered free access to the platform for poor areas in India – a step towards affordably and sustainably connecting those out of reach of hospitals and clinics to fully trained eye-doctors.

Pilot studies are in development for both the UK and in India. If the climate is appropriate come September next year, I will use the opportunity in India to introduce and test this system which could be a significant contribution to remotely delivered eye-care, hopefully reducing the overall burden of preventable blindness in these areas of greatest need.

Exploring Telemedicine With The Arclight